Regulated weapons, the acquisition, possession and use of which are authorized or permitted, must be billed and transported in the hold of the aircraft.

A. In the Office of Weapons Intervention.

Passengers residing in Spain and those belonging to the EU must submit the following documentation:

NOTE: In the event that the person who invoices the weapon is not the owner of it, they must also present an authorization from the owner to carry out the billing process.

Foreign passengers not belonging to the EU must submit the following documentation:

In both cases, form 790 (one form per traveler) will be filled out, paying the corresponding fee, which the fee at any bank before going to the airport. 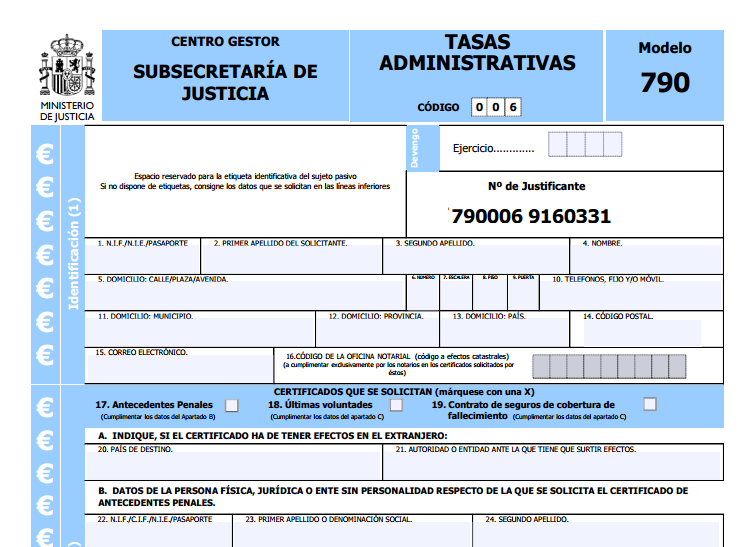 In addition to the required documentation, the gun and ammunition cases will be delivered along with the luggage to be billed.

If your destination is an EU country, you should know that the European firearms card will be the documentation of your weapon. You should not forget to present it to the competent authorities at the border entry point so that, once checked and sealed, is properly enabled

If your destination is a country outside the EU, inform the embassy or consulate in Spain of that country about the local legislation in force regarding the possession, circulation and use of firearms.

You will have to withdraw your weapon at the Weapons Intervention of the airport, where you will have to present the authorization for the shipment of weapons.